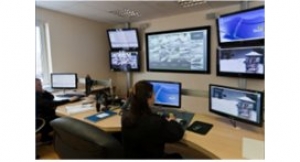 Home to more than 64,000 inhabitants, the city of Jelgava in central Latvia is a transport hub with over six domestic and international railway lines. The convenient transportation drew people and tourists to the city. The security-conscious municipal administration became concerned about the urban safety as the population grew and vowed to create a safe environment for its inhabitants.

In light of the rapid urban development, the city decided to establish a centralized operative information center responsible for the city-wide security, traffic control, emergency responses and crime prevention. Situated at the Police Headquarters, the center required a high-performance video surveillance system to fortify its control over the city, as well as to assist the police force in improving the public safety.

Solution
The municipal government teamed with MESSOA Partner Alnet Baltic to deploy an IP surveillance system and opted for MESSOA as the camera provider for this project. More than a dozen of MESSOA NIC990 IP speed dome cameras were strategically installed along major traffic routes, intersections and risk-prone spots throughout Jelgava.

The outdoor-ready NIC990 was chosen for its superior 1080p resolution and enhanced low light imaging performance powered by the proprietary Lumii™ Technology to monitor the streets of Jelgava on a 24/7 basis. Featuring a 20X optical zoom lens with powerful patrol and PTZ capabilities, it guarantees complete coverage, ideal for this project where operators need to monitor wide areas and to track moving objects or traffic flow coming from all directions. 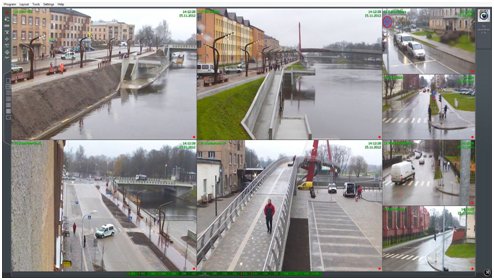 Result
Seamlessly integrated with the Alnet CMS platform, all cameras are remotely controlled from the Police Headquarters on multiple displays with the e-map function, enabling officers to keep track of the situation in megapixel clarity and to quickly pinpoint the location of incidence when occurred. Operators can also manage the traffic more effectively by optimizing the flow of transport on the main streets with the real-time video streams.

Since its opening, the municipal operative information center has already shown outstanding results with its non-intrusive safety measures, leading to less traffic accidents and faster responses in case of emergencies. Thanks to the introduction of the network video surveillance solution from MESSOA and Alnet Baltic, it has now made Jelgava a safer and a more secure city for all its residents.